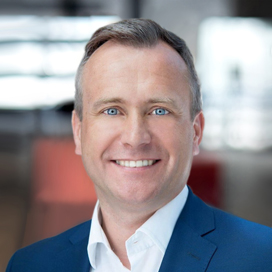 A graduate of the Faculty of Economics at the University of Gdańsk and with MBA studies completed at the Leon Koźmiński Academy in Warsaw. For 26 years he was directly involved in the toys, games, and entertainment industry at Hasbro, one of the world’s leading companies in this field. For over 20 years he has managed complete national or regional teams starting from 2001 as a General Manager in Poland.

Throughout his career, he has gained experience in building businesses and teams in various cultural environments around the world.

He has developed a flexible approach to leadership and working with teams no matter the location or circumstances.

He was responsible for business development across Central Europe including the markets of Germany, Austria and Switzerland, as well as Central and Eastern Europe including Russia, other CIS countries, South-Eastern Europe, Middle East, and Africa, and for the last five years managed the entire Asia Pacific region with its headquarters based in Hong Kong, SAR.

Since the beginning of 2015, as Senior Vice President and Regional General Manager for Europe and later Asia Pacific, he has been part of the global commercial management team at Hasbro Inc.

Throughout his career, he has specialized in building, developing and managing business transformations related to ongoing industry evolutions and future expectations.

He currently supports the building and execution of Trefl Group’s global strategy and is a key member of the management team as a Strategic Partner and Group Consultant.