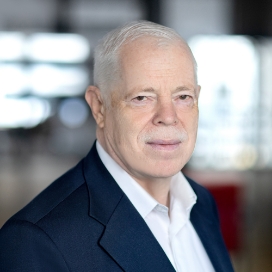 Founder and owner of Trefl Group, including companies involved in producing and distributing puzzles, board games, toys, and books, two sports businesses, and an animation film studio. A sports enthusiast and philanthropist.

He graduated from the Academy of Physical Education and Sport. For many years, he coached youth women’s basketball sections. In 1985, he decided to establish the first Polish jigsaw puzzle factory, known from the very beginning as Trefl. Today, it is one of the leading puzzle manufacturers in the world.

In 1995, he founded a men’s basketball team, now known as Trefl Sopot. Ten years later he additionally brought into life a men’s volleyball team, Trefl Gdańsk. Both teams have been playing in the top league for years and have many medals and cups to their credit.

In order to pursue his mission of promoting sports and cultural education, over 20 years ago he established the Trefl Education Development Foundation.

In 2010, he launched the Trefl Pomerania Association, aimed at supporting the local communities.

To this day, he continues to innovate and participate in social assistances.